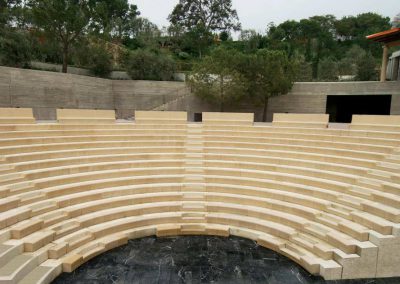 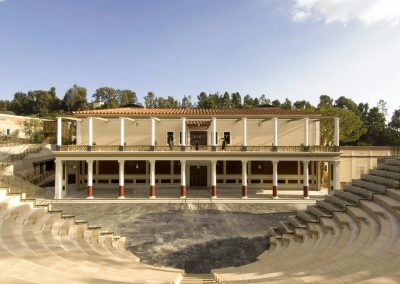 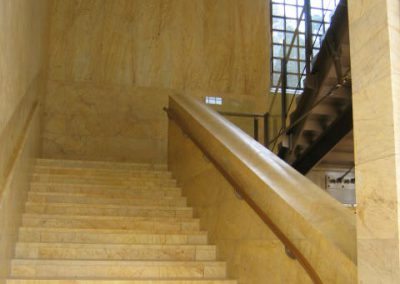 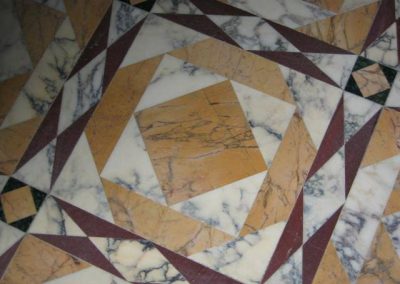 Awards:
Commercial Exterior Award of Excellence by the M.I.A.

The Getty Villa Renovation in Malibu was completed in January, 2006. It was a complex project which included two distinct subproject. The first being the complete renovation of the Getty Museum built in 1972, and the second being new construction of additional buildings directly adjacent to and surrounding the original museum. Stones used in this project came from Italy, Spain, Turkey, China, Greece and the United States. They were specifically selected by the architect for their color and ability to support the design intent of the villa itself. Many trips were made overseas to the quarries to elect exact blocks and oversee production of finished materials. In all, about 35 containers of stone were brought in for the project.